William "Bill" J Van Blarcom was second born to William A and Ruth Van Blarcom. The family lived in the Franklin area until about 1930 when they relocated to Middlesex and then on to Bound Brook around 1935.

He married Dolores Kugler and the two moved to Monument, Colorado until their retirement to Florida in the late 1980s.

In 1941 Bill joined the Marines and was shipped off to San Diego for training to fight in World War II. On October 28, 1943 he boarded the USS Rochambeau, a converted French liner. The ship landed in New Caledonia (Camp St. Mary) on 17 November 1943 which was a reinforcement depot.
On December 17, 1943 Bill's unit boarded the USS Tryon which landed at Guadalcanal on December 22. Bill fought with the 2nd Aviation Engineering Battalion, 1st Marine Amphibious Corps. On June 3, 1944 he boarded the USS Young America and then had a lay-off in Saipan (2nd Separate Engineering Battalion, Fleet Marine force PAC). Bill's unit landed on Guam on July 22, 1944 and Guam was secured August 10, 1944.
February 14, 1945 Bill left Sumay, Guam enroute to Iwo Jima. He landed on Yellow Beach #1 on February 19, 1945. Bill was a runner bringing messages from the beach to the line earning him the name "Lucky Van Blarcom". Bill remained at Iwo Jima until it was secured and boarded the SS Sea Runner headed for Guam on March 22, 1945. On September 22, 1945 Bill landed in Kyushu, Japan and was stationed at Sasebo-Nav Air Station on September 24, 1945. The final push home came on December 15, 1945 when Bill boarded the USS Riverside bound for San Diego. The ship landed on January 1, 1946.

I remember my Uncle Bill mostly as an amazing artist. Whenever he would visit he would sit down and draw a quick sketch for me. Later I found that he had an interest in photography and was able to see his collection of slides from the 1950s-70s. He was like my dad in many ways and though distance kept us from spending a lot of time together, I feel like I knew him well. 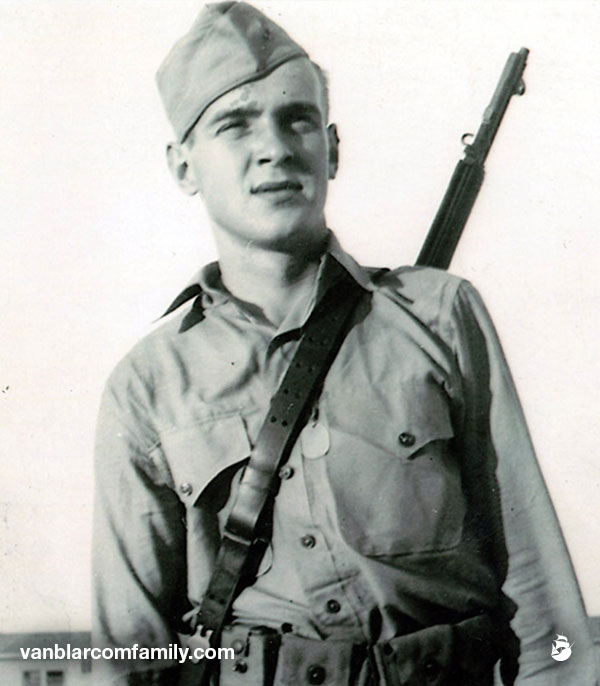 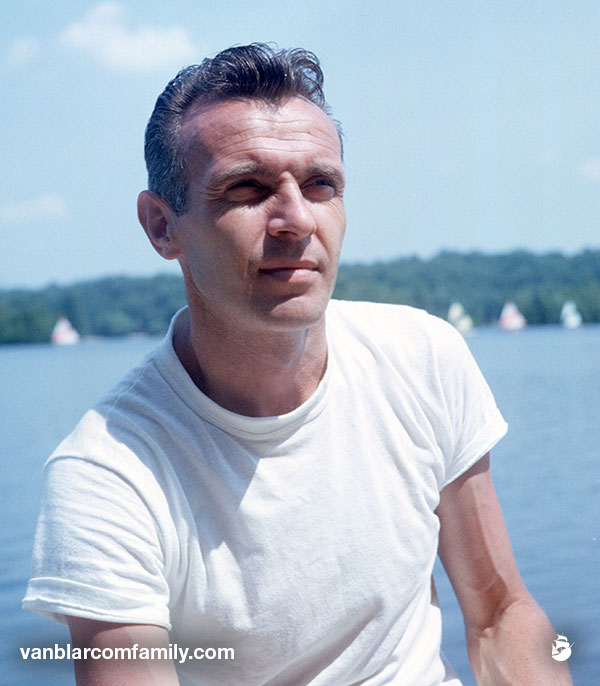 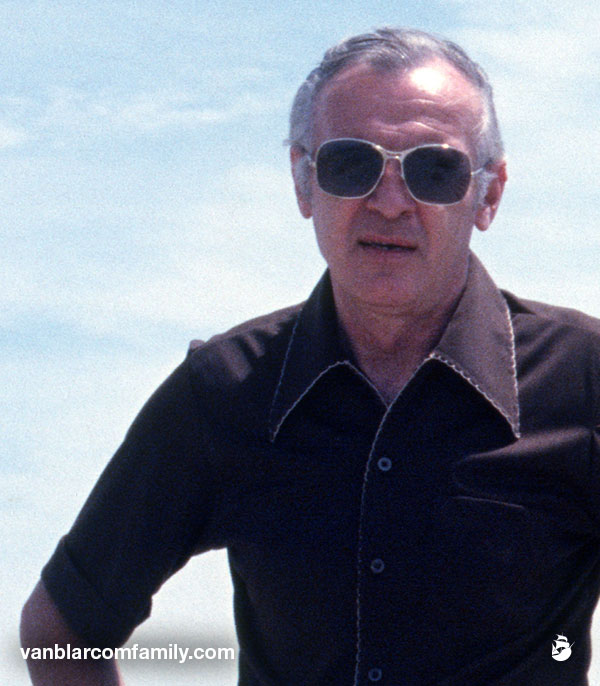