All of my life, my last name has been violated time and time again. Name tags, yearbooks, documents, and pieces of mail have displayed egregious misspellings. When I was a child in the pre-caller ID days, and the phone would ring, it was always easy to tell if a telemarketer was on the other end by the way they would butcher the pronunciation. Some would attempt to say it while others would give up immediately saying, "Van", and then mumbling incoherently.

Spelling it out for people hasn't been an easy task either. Listening to my parents spell it out for people over and over was ingrained in me from before I could even read. "V, like in Victor. A. N, like in Nancy. Capital B, like in boy. L. A. R. C. O. M, like in Mary." Slow and steady so nothing was left to chance, though most of the time you would still get questions back from the person or people taking it down.

It was a couple years back that I found my father's Marine year book form 1961 with his name misspelled. This treatment was typical, really, so no big surprise or disappointment here. Over the years I have been conditioned to expect it. In fact, it's now a pleasure to see it spelled correctly or hear a complete stranger give it a shot and pronounce it properly on the first try.

I was however, surprised recently when I found and purchased a Civil War register for Company D of the 15th New Jersey Volunteers. My great grand uncle, Lewis Van Blarcom, was promoted to Captain of Company C from First Lieutenant in 1863. He was listed as such with his name spelled incorrectly! I can't say why I was so astonished considering my own history with the name, but I was. Once the initial shock rolled through, I smiled realizing that we Van Blarcoms have all shared this common thread and will continue to share it as long as the name carries on.

As a note, a cousin, Samuel Van Blarcom, 4th Sergeant of Company D is also listed on this register. His name was spelled 'mostly' correct, but is missing the space and the capital "B". I guess there is consistency in being inconsistent. 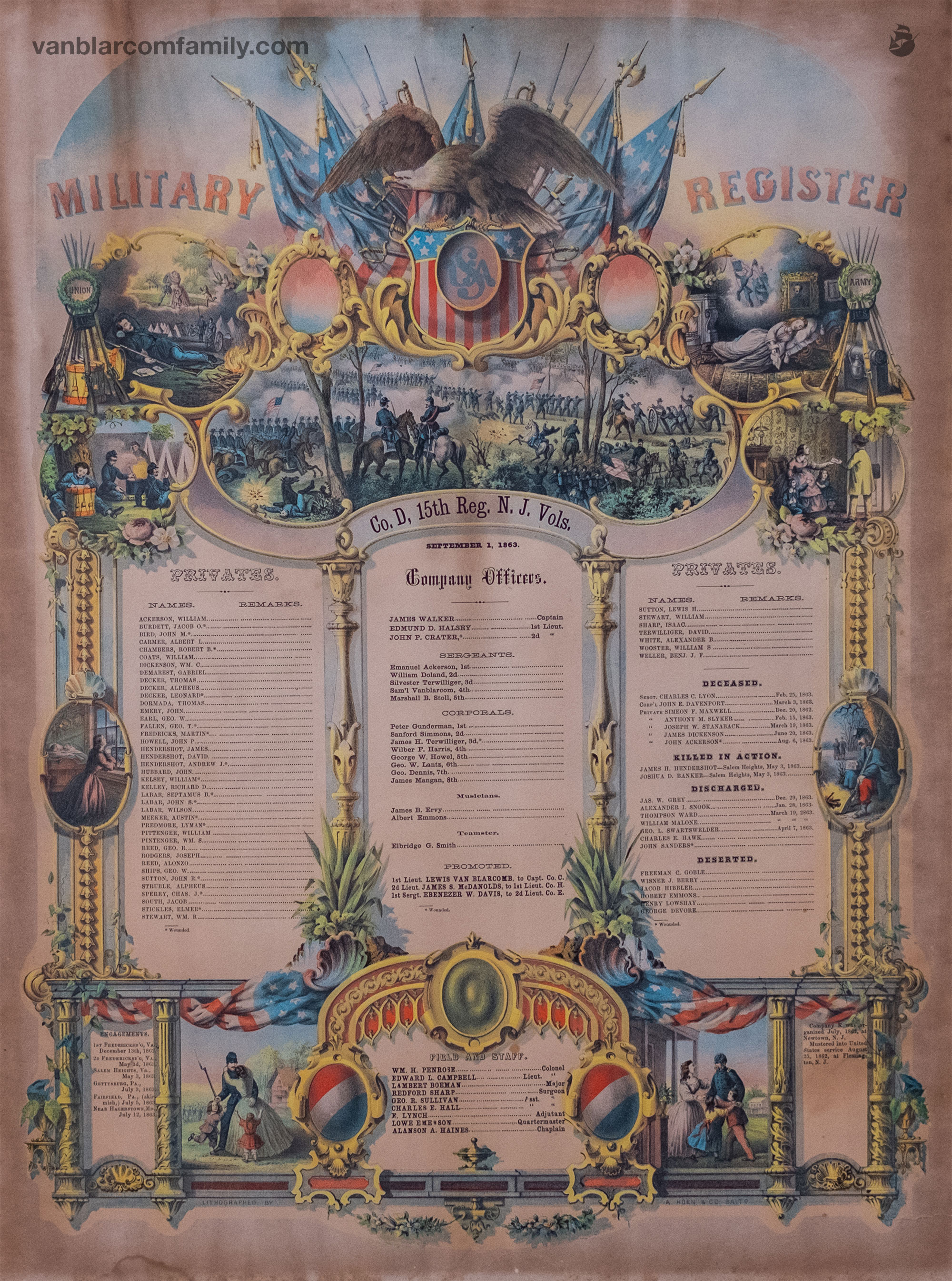 Below are a few other classic examples from wires in the 1940s when Bill Van Blarcom was serving in the Marines in WWII. 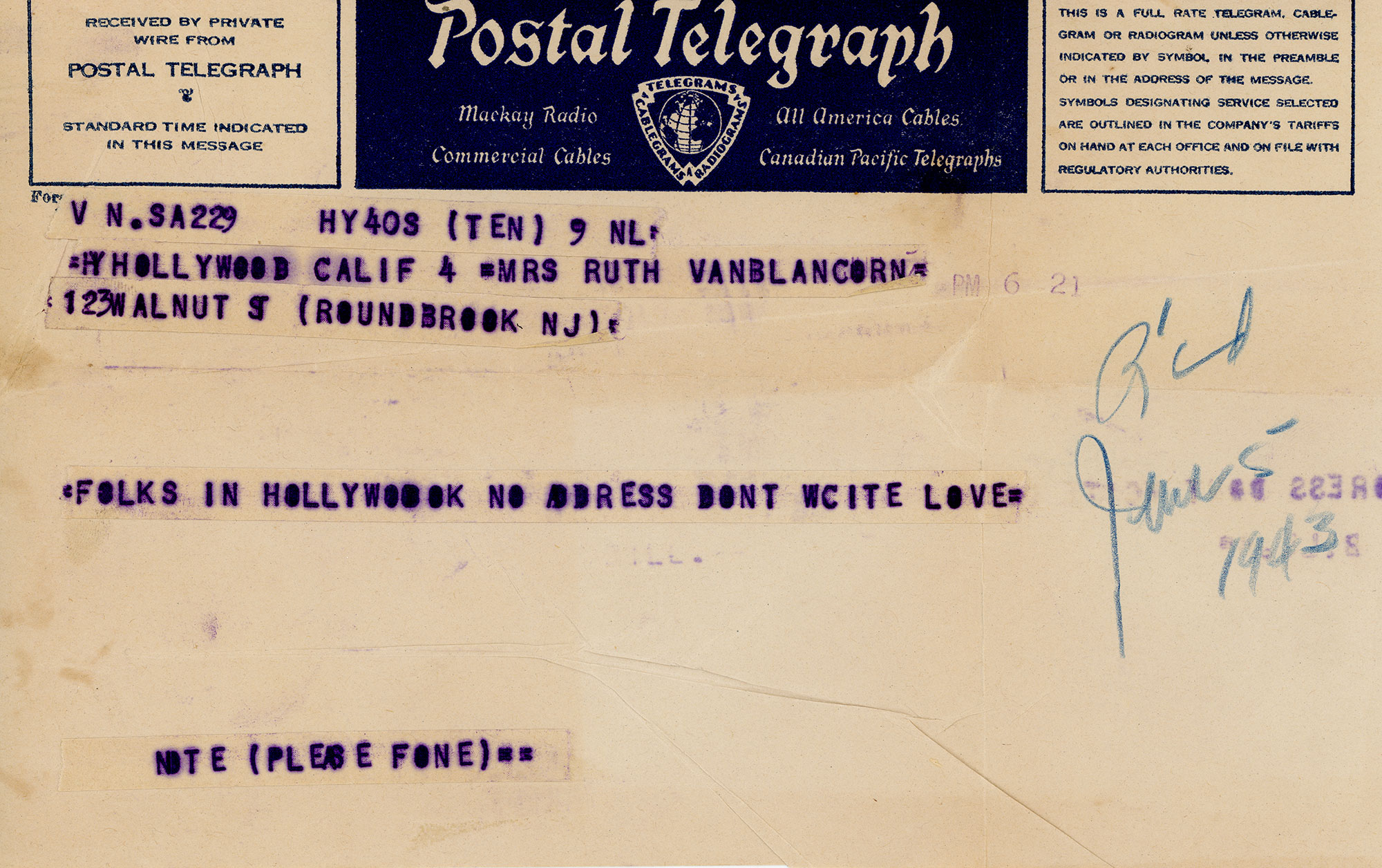 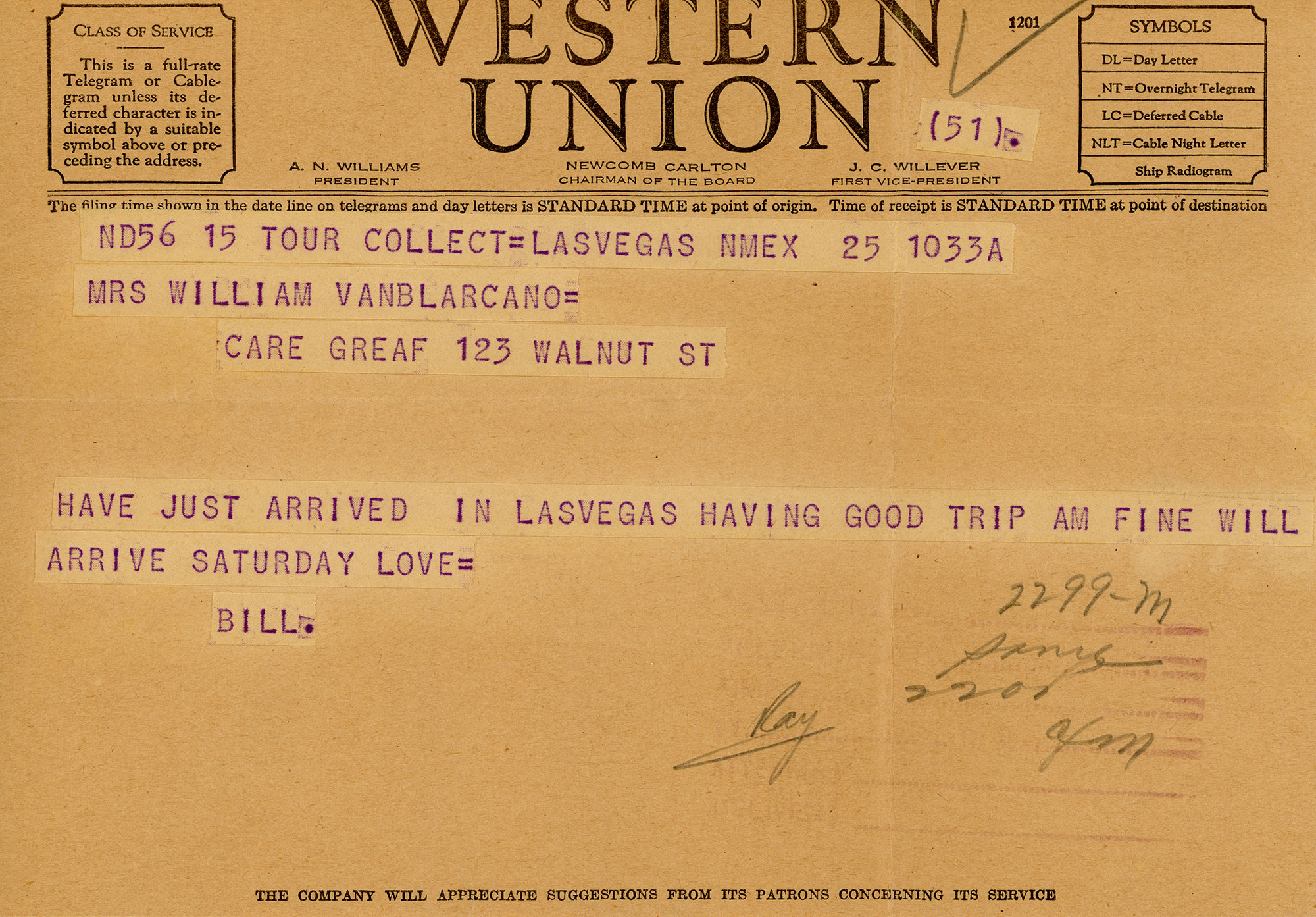 Jacob Sutton Writes His Son in 1853

I Would Advise Nobody to Come to this Place

The Survival of Thought - Letters from the Past

Stories From Our Ancestors - The New Jersey Fighting Fifteenth