Martin Rosenkrans was the eldest son of Avert and his second wife Mary Bass Rosenkrans.

From The Rosenkrans Family in Europe and America by Allen Rosenkrans:
Martin Rosenkrans, eldest son of Avert by his second wife, was born in Walpack, NJ, September 11, 1840. After leaving the public school at Penipey, near his father's farm, he attended school at the Blairstown Academy, and also at Mt. Retirement Seminary, and taught school for some time. He eventually went to Princeton College, and graduated there 1867. He came to Newton and studied law, meanwhile teaching school part of the time at Stillwater, and still later assisting at the Newton Institute. March 21, 1871, he m. Martha Van Blarcom, born May 10, 1848, a daughter of Samuel Van Blarcom and Eliza F Gunderman, his wife, of Lafayette twp., N. J. Martin studied law with Coult & Anderson, of Newton, and also with Capt. Lewis Van Blarcom. He commenced practice at Newton 1870. and completed his law course 1873. He is still an Attorney and Counselor in Newton, and one of die leading lawyers of the place, whose office is near the Court House. He also owns and manage-s a farm of about 20 acres including the homestead of his late father-in-law. His children are: Lillian M., Addison P. and William.

From History of Sussex and Warren Counties, New Jersey by James P. Snell:
Martin Rosenkrans—His great-great-grandfather was Alexander Augustus Rosenkrans, who came from Holland to New Amsterdam in 1689, accompanied by his wife, whose maiden name is not known. He reared a family of sons and daughters among whom was John Rosenkrans...Martin Rosenkrans was born Sept. 11, 1840, in Walpack, and spent most of his minority at home, where he became inured to farm-work and received the advantages of a district school education (going to school during the winter seasons). At the age of twenty he engaged as a teacher, and after teaching several terms, following his early inclinations, he began his preparation for college, which was in May, 1802. He received his preparatory education at Mount Retirement Seminary, and at Blairstown Presbyterial Academy, and entered the Sophomore Class at Princeton in 1864, from which institution he was graduated with honor in the class of '67. In June of the same year he commenced the study of law in the office of Coult & Anderson at Newton, where he remained for one year. For two years following he was a law-student in the office of Capt. Lewis Van Blarcom, at Newton. He was admitted to the bar as an attorney at the June term of the Supreme Court of New Jersey, in 1870, and as counselor at the June term in 1873. In 1875 he was appointed a special master in chancery by Chancellor Runyon. During his law studies he taught for two terms in the Newton Collegiate Institute, and for one term in the Stillwater Academy. Immediately after his admission to the bar he opened a law-office in Newton, and since that time has given his undivided attention to the practice of his profession. He married, March 21, 1871, Martha, daughter of Samuel and Eliza (Gunderman) Van Blarcom, who was born March 16, 1848, in Sparta township, Susex Co. Their children are Lillian M., Addison P., and William.

Martin died in 1918 and is buried at Newton Cemetery in Newton, Sussex County, New Jersey. 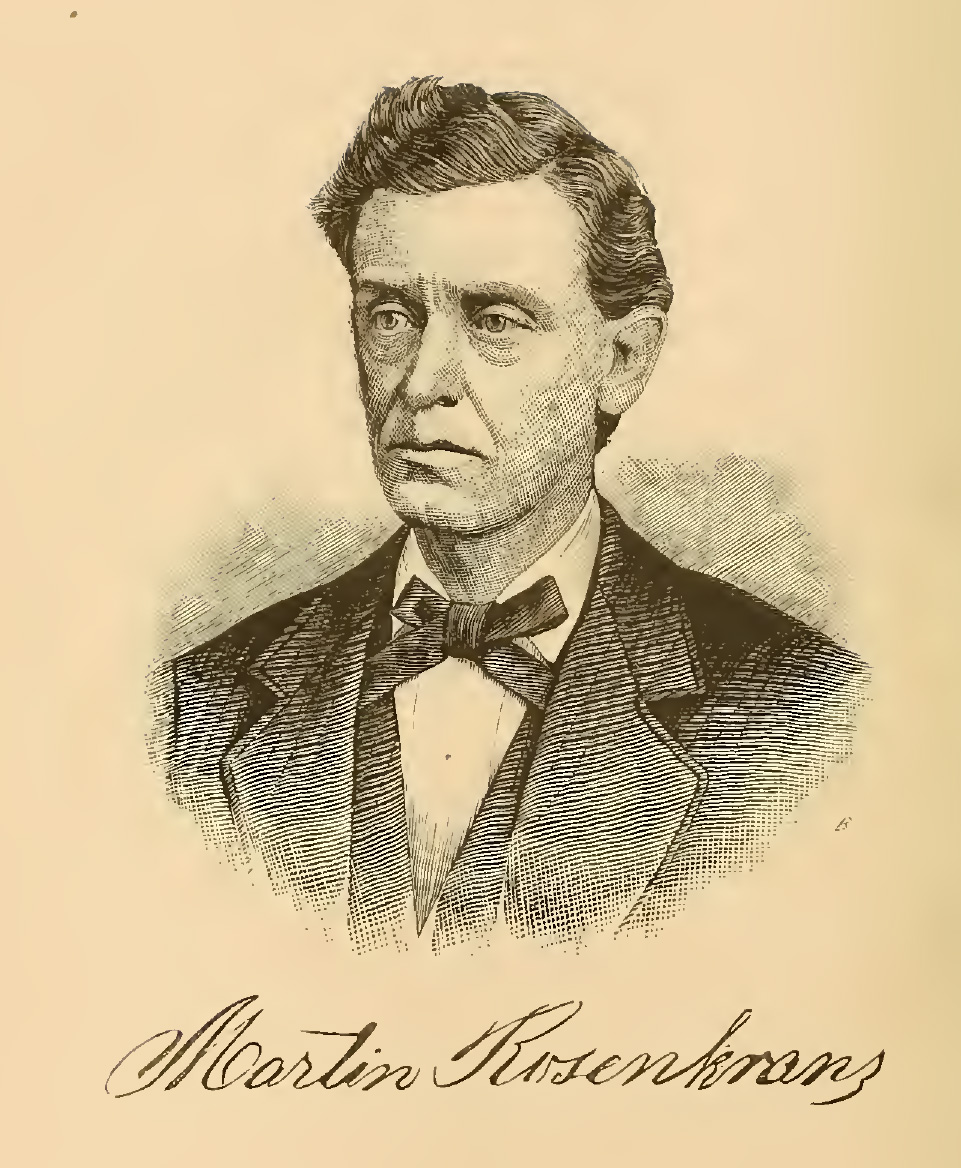