Josephine O Crammer was the daughter of Abraham Crammer and Elvira Stryker. Her mother, Elvira Stryker, comes from a long standing line of pilgrims and patriots. The Strykers sailed from the Netherlands in the early 1600s, settling in Flatbush, New York. Elvira’s grandfather, Abraham Stryker, was a Revolutionary War veteran who lived in Harlingen, Somerset County, New Jersey.

Josephine died of typhoid fever and was under medical care for a month leading up to her death. She is buried next to her first husband Jacob T in Saums Burial Ground. Her father, Abraham Crammer, is also buried at Saums while her mother is buried along with much of the local Stryker family at Harlingen Church cemetery in Belle Mead, NJ. 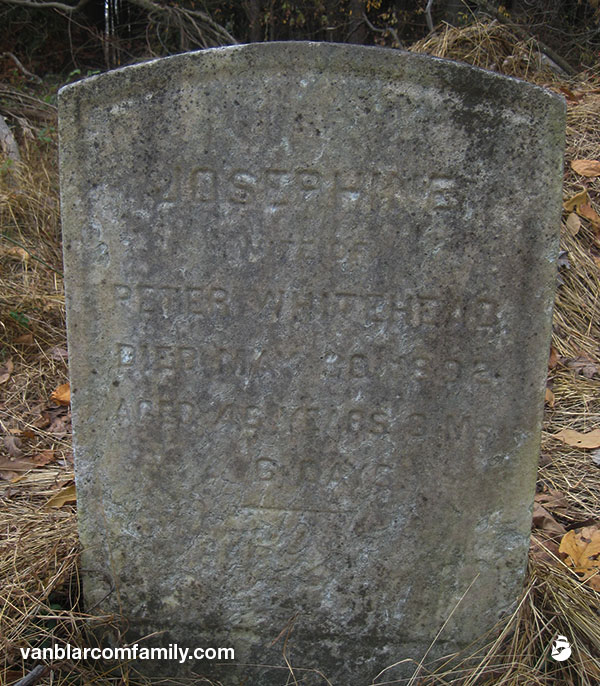