Born in about 1632, Jan was only one-and-a-half years old when his family boarded de Eendracht bound for New Netherland. Little is known of his life at Rensselaerwyck on the upper Hudson; the first actual record of him in America was a Dutch patent granting him 25 morgens of land in Bergen Neck, dated 1654.

On April 14, 1657, he was granted burgher rights, which were equal to citizenship rights in New Amsterdam. Jan has been credited with being a clerk and a school teacher, but it seems improbable that a man who signed all of his documents with a mark could have been either. More than 2 years after the Indian raid on New Amsterdam in 1658, 7 colonists who lived in Bergen Neck petitioned for authority to return to their lands and their homes. Among the petitioners was listed "Jans Captain." He was Jan Lubbertsen though, the significance of the name (or title) "Captain" has not been discovered.1

Around the time of his marriage, Jan sold his land in Bergen Neck to Hendrick Spier and obtained land near Bergen Village.1 In 1668, 4 years after the English takeover of New Netherland, Jan was given English confirmatory land patents by Governor Carteret. He had lots 4 and 5 in the Town of Bergen, which was a plot 16.5 acres on the west side of present Westside Avenue, not far south of Stuyvesant Avenue and southwest of Journal Square in Jersey City. He had a 9.5 acre woodlot between Bergen Avenue and Westside Avenue, a little south of Communipaw Avenue.1 Jan was granted a village lot next to the schoolhouse, which he apparently did not accept, preferring to live on the outskirts of the settlement. Jan also had outlying lands of 25.4 acres in present Union City and a plot of unknown acreage on the Hackensack River not far from where the river enters Newark Bay. Jan or Jans Captain was always known as a Lubbertsen. It wasn't until the marriage of his son Johannes Janse in 1693 that the use of the surname Van Blarcom was recorded. The name wasn't attached to Jan until 1711 when it appeared on his wife's burial record, which stated "Madelena, wife of Jan Lubbertsen Van Blarkom."1

Jan was living in 1711 when Magdaleentje passed, but there is no later factual information about him. If his estate was probated, the records have not been found. 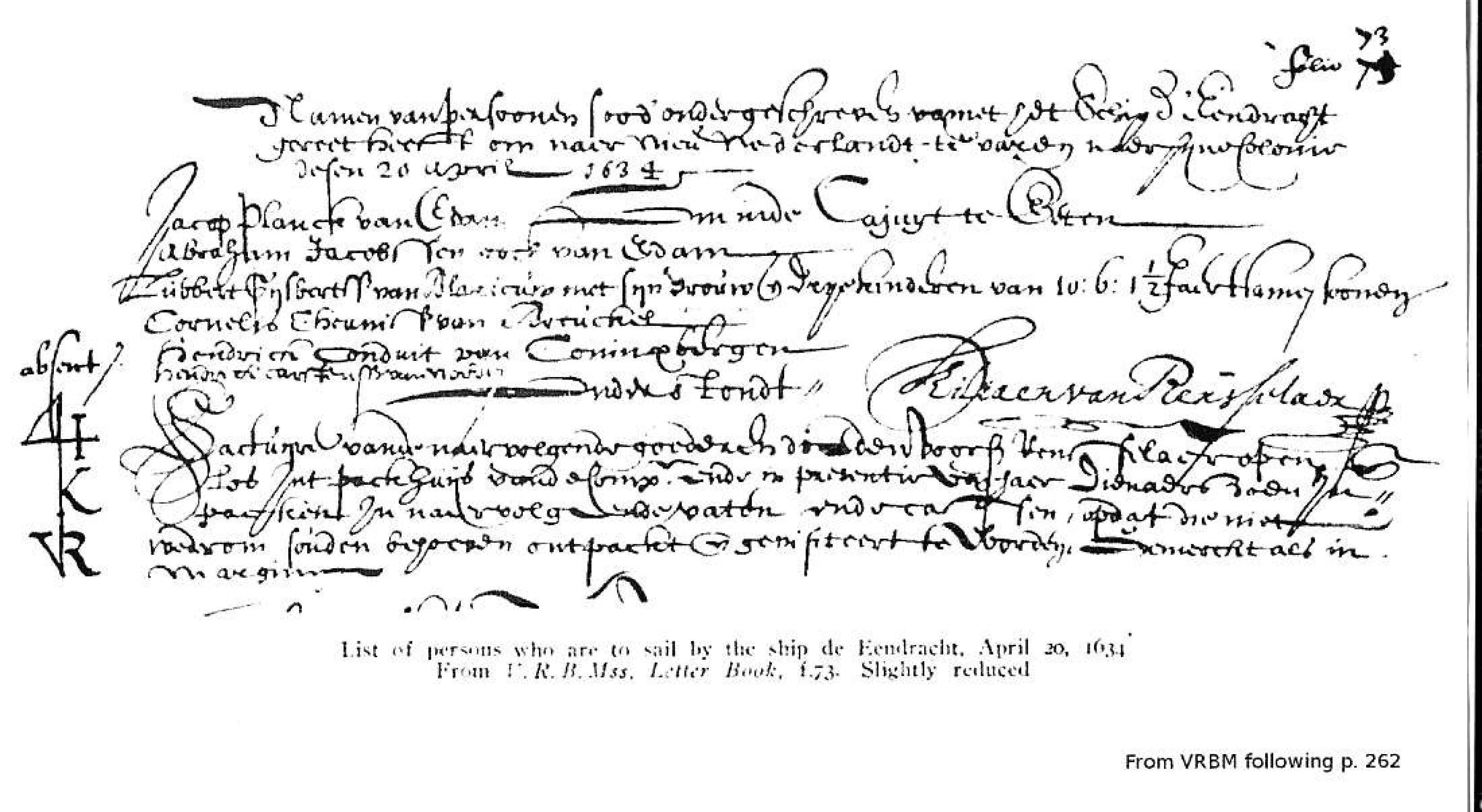