On September 17, 1851 Hannah married Joseph Ayres, son of William Ayres and Abagail Lewis, in Hardyston, Sussex County, New Jersey. Shortly after their marriage the couple moved with Hannah's family to Macomb, Michigan where they had three children: Edward Sutton (died as an infant), Joseph Sutton, and Lucy Augusta.

Hannah spent the greater part of her life keeping house and raising the children. As she aged, she worked outside of her home and is listed in the 1910 census as working as a secretary at a music school at the age of 86.

Hannah Elizabeth Sutton Ayres died in 1916 at the age of 93. Her death certificate lists senility as the major cause. She is buried on a large Sutton/Ayres plot with her mother, husband, and some of her children at Romeo Cemetery in Romeo, Macomb County, Michigan. 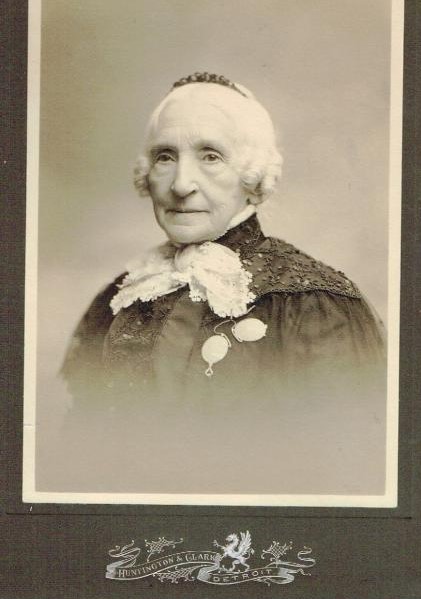 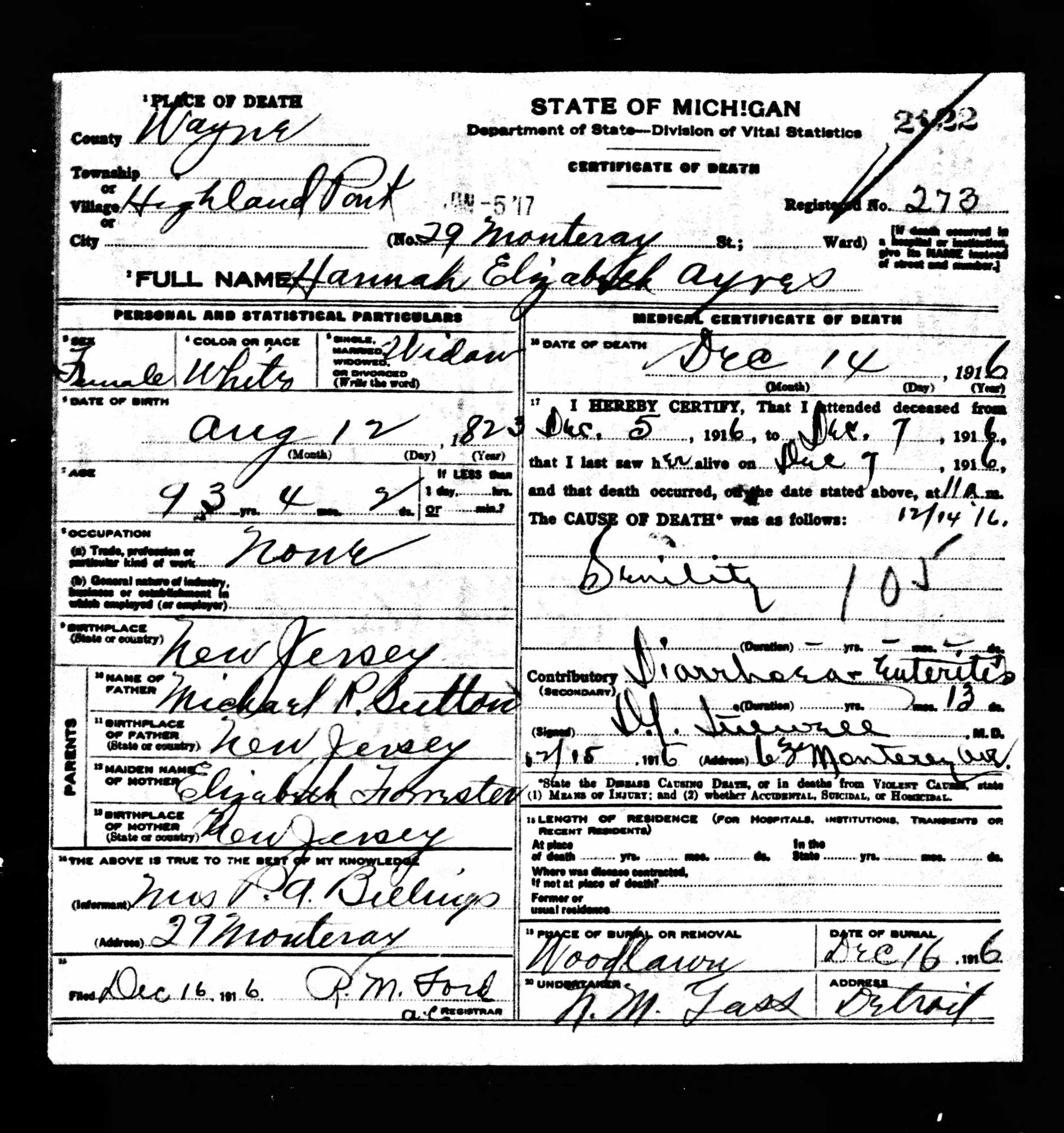