On April 18, 1875, Horace married Margaret Ann Roe, daughter of Daniel B and Margaret Martha Vanderhoof Roe of Caton. Horace and Maggie adopted Maggie's nephew, Clarence Sanford Vanderhoof (son of Henry John and Ursula Ann Smith Vanderhoof) in about 1883. As a condition of Maggie's sister-in-law's second marriage, her two youngest children were to be given up. Clarence would take the Davis name as his own.

Horace was a farmer and retired to Corning, New York about three years prior to his death.

Horace died in about February, 1935 and is buried with his wife at Elmwood Cemetery in Caton, Steuben County, New York. 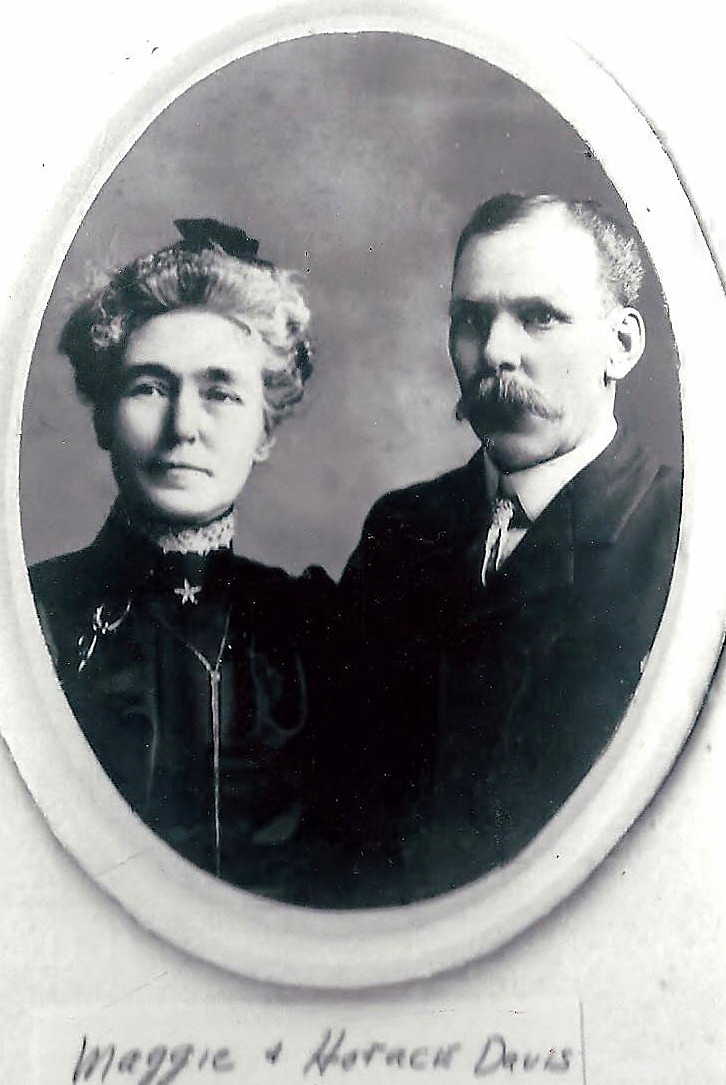