Garret was a prominent farmer and as such was detailed in The Sussex and Warren Counties, New Jersey, Illustrations and Biographical Sketches, compiled by James P. Snell in 1881.
Son of Samuel Van Blarcom, Garret S. was born in Sparta Township, July 26, 1831. From 1858 to 1860 Garret farmed for his father, and then purchased a farm of one hundred and twenty acres, to which he added sixty more, making in all one hundred and eighty acres. He may safely be classed among the thoroughgoing farmers of Sparta, to which interest he gives his whole attention.
Mr. Van Blarcom is a member of the Republican Party, and takes a somewhat active part in the propagation of its principles. He is a supporter of the Presbyterian Church at Lafayette. On December 15, 1858, he married Anna, daughter of Peter and Phebe (Price) Wilson. Of this union have been born two children—Peter W., February 6, 1860, and Anna E., May 15, 1865.

Garret was killed by the paymaster's train while crossing the track at Sparta Station. The train struck his wagon, throwing him several feet in the air. He is buried with his wife at at North Hardyston Church Cemetery in Hamburg, Sussex, New Jersey. 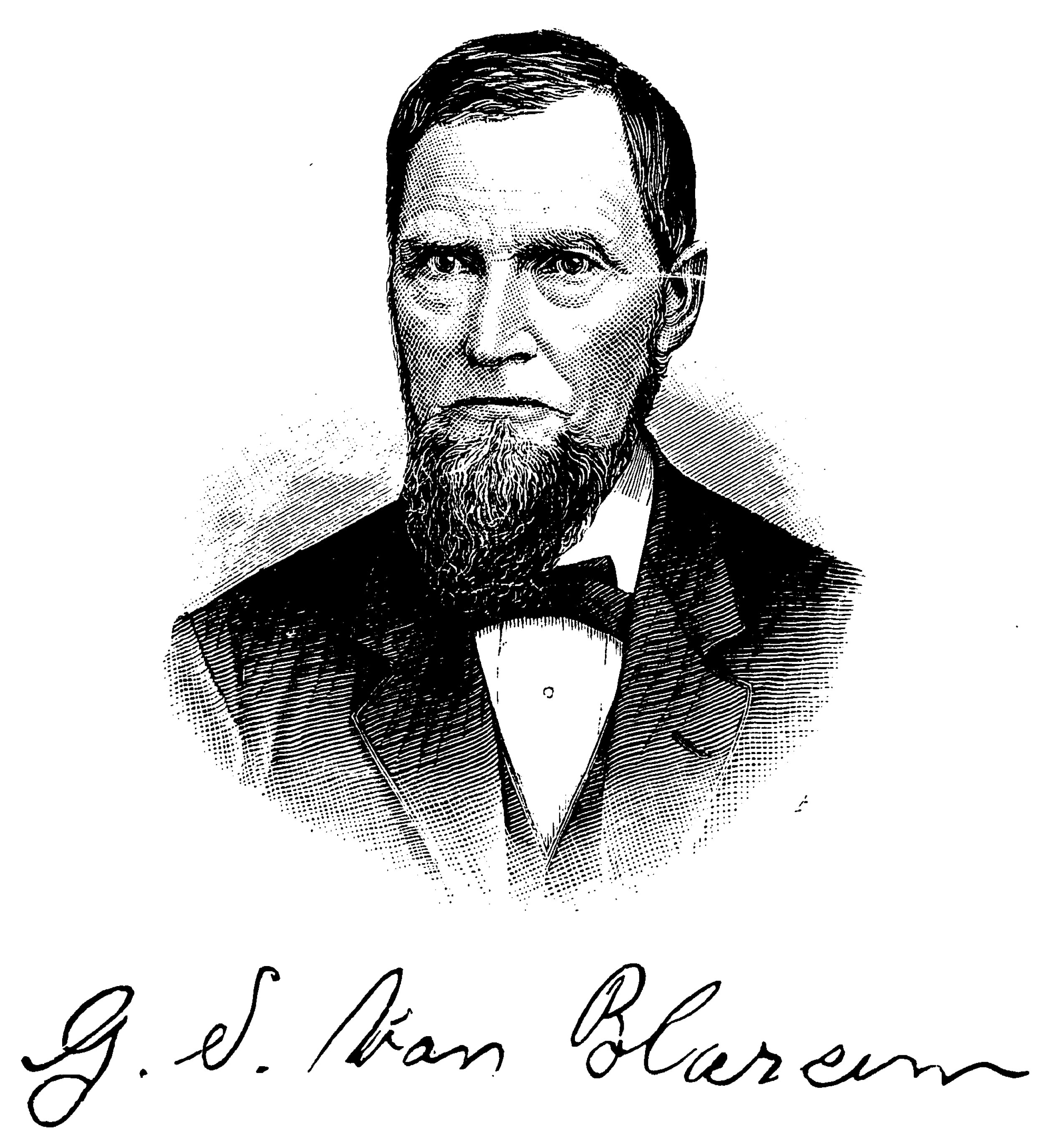 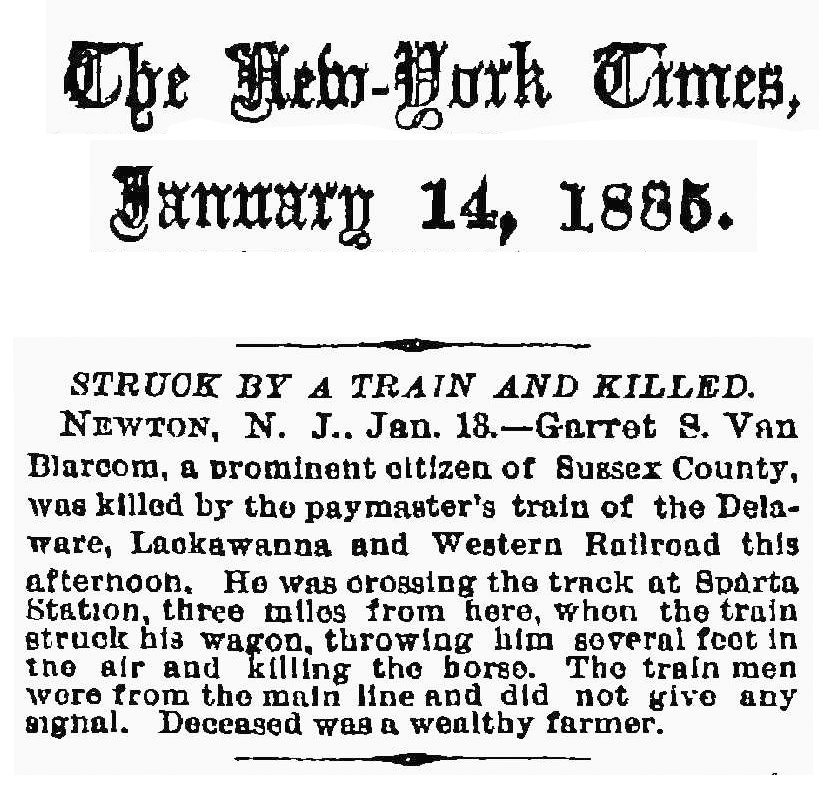