"Van," or "Mr. Van," as he was known to everyone–including his wife–lived through an up-and-coming American landscape, two World Wars and some of the greatest technological and scientific breakthroughs in history. As an example, William started his young life riding a horse to a 1-room school house in Franklin, New Jersey and lived to see man walk on the moon. Such advancement is an astounding and almost unrealistic leap for one to witness in their lifetime.
William Ackerson was born in Monroe, New Jersey, on August 20, 1894. He was the only child born to Joseph Van Blarcom and was the fourth child born to Mary Bevans Van Blarcom. William had 2 stepbrothers, Martin C. Shay and Chola N. Shay, as well as one stepsister, Cora Belle Shay.

On December 1, 1918, William married Ruth Burnett Edwards, who he affectionately called Rufus, in Franklin, New Jersey. In 1920, William and Ruth resided in Franklin with his stepsister, Cora Belle; her husband Charles Luck of London; and his father, Joseph Van Blarcom. On October 22, 1920, William and Ruth were blessed with their first of 4 children, Lois Ruth. About 3 years later on April 30, 1923 a son, William Joseph, was born.
In about 1930 the family moved to Middlesex, New Jersey. and William was employed by the U.S. Railway Postal Service. A second son, David Charles, was born on July 11, 1937. Tragically, David died less than a year later due to a congenital heart defect, a hole in the heart. Eight months after David's passing, a third son was born on December 16, 1938.

William's formative education began in Monroe's 1-room schoolhouse, which today stands as a museum just outside of Franklin, New Jersey. In later years William would spend time at Defiance College in Defiance, Ohio, as well as at Lafayette University in Easton, Pennsylvania. During his years in high school and college, William was an avid basketball player and would gain the nickname "Rip" among his teammates and classmates. Due to unknown circumstances, William discontinued his college education and returned to New Jersey.
Upon his return home, William took employment as a miner in 1915 with the New Jersey Zinc Company in Franklin. In 1917, he was drafted into the US Navy and served as a submariner aboard the U.S.S. G-2 during World War I. He was honorably discharged in June 1919.

During the early 40s the family moved to Jersey City and then back to Bound Brook. Following the attack on Pearl Harbor by the Japanese, the family moved to Meadowbrook Village in Plainfield, New Jersey. Honoring his duty to his country, William registered for the World War II draft, but was well past his prime at 47 years old. However, his oldest son William Joseph (or "Bill") was drafted in to the Marines and was shipped off to war. Lois married George Graef, which whittled the Van Blarcom family down to three. William, Ruth, and their youngest son spent the war years in Plainfield, New Jersey.
The next move to Fanwood came in 1952 and shortly after the Van Blarcom family would settle in Scotch Plains for the remainder of the decade. In 1960, William and Ruth moved to Somerville, New Jersey, to live with their daughter, Lois. Retired, William and Ruth ventured south to Englewood, Florida.
In May 1966, William's wife Ruth died and was buried in North Church Cemetery in Hamburg, New Jersey. Shortly after his wife's passing, William was admitted to the V.A. Hospital in Montclair with tuberculosis. Following a successful treatment, William returned to Florida where he lived the rest of his life. William took a second wife, Helen Frank, and moved to Kissimmee, Florida.

Helen passed in early 1974 and William died shortly after on July 18, 1974. He is buried with his first wife, Ruth, at North Church Cemetery, Hamburg, Sussex, NJ. 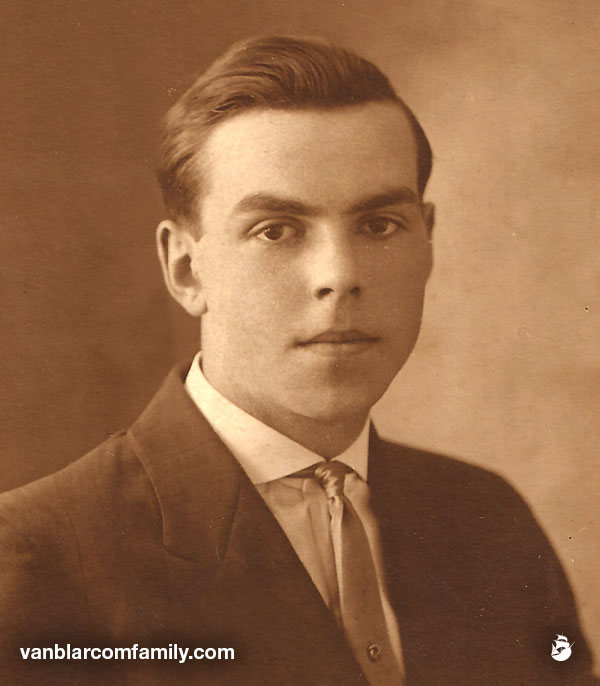 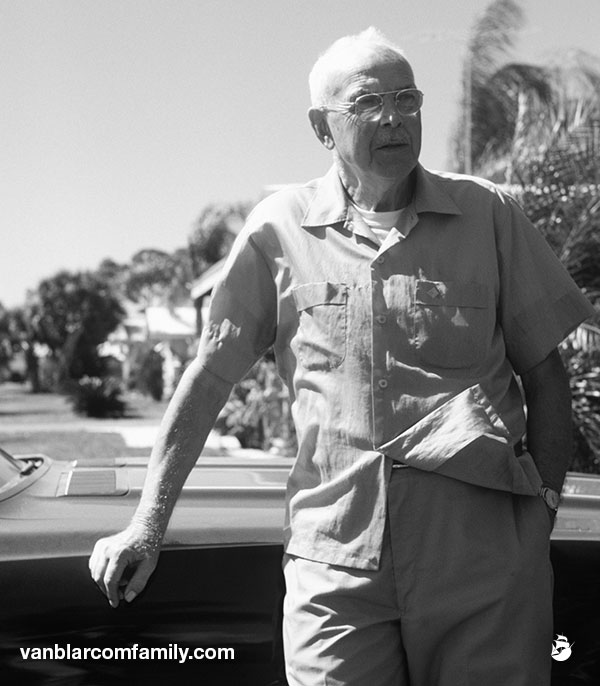 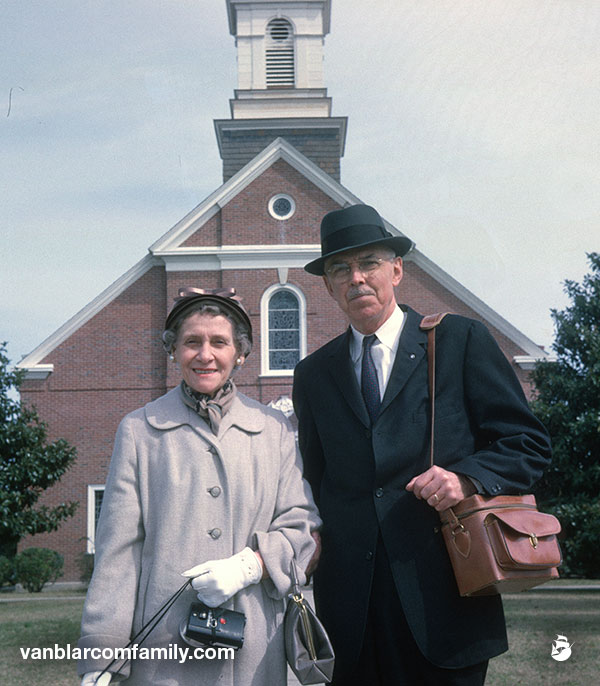 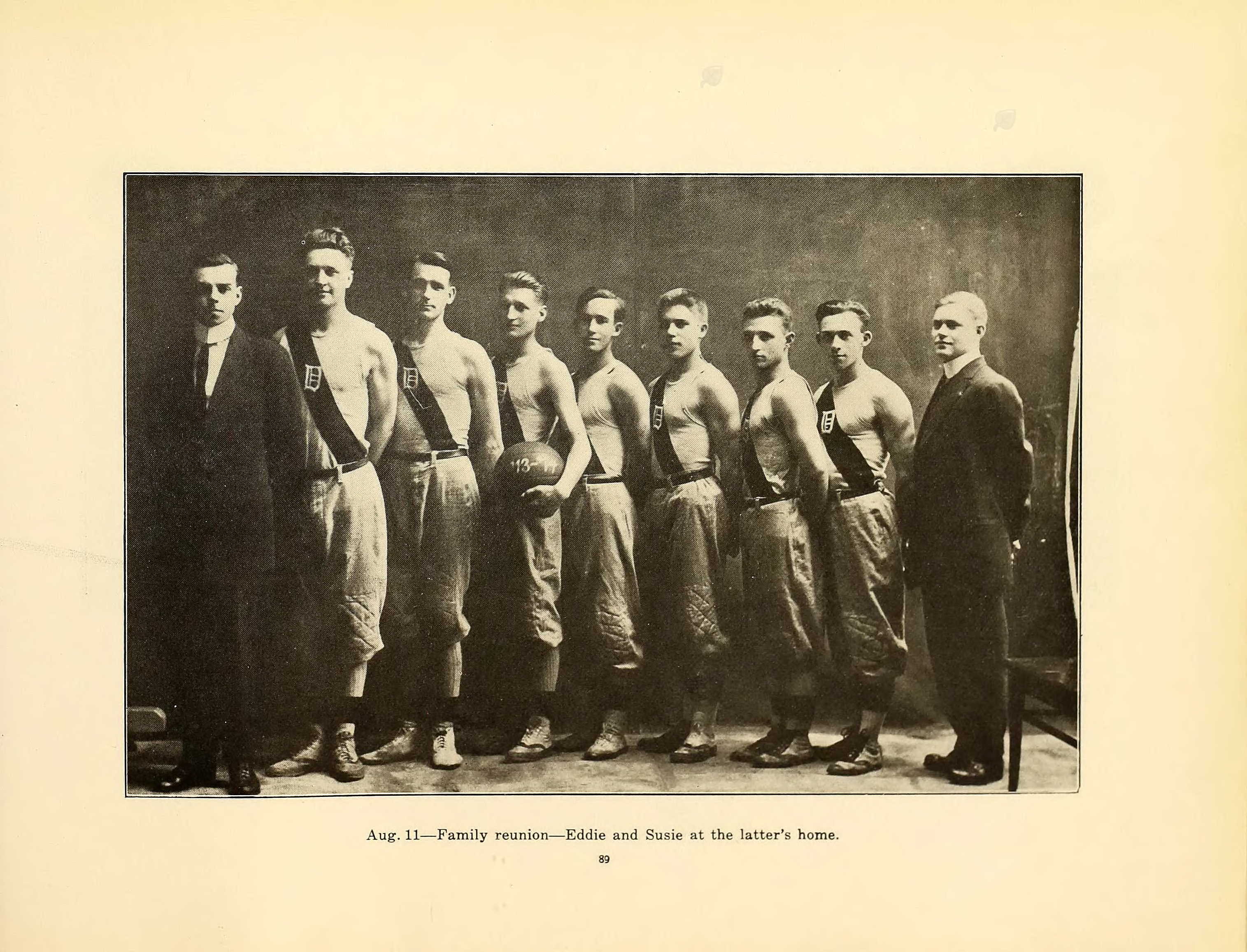