Garret was a mason by trade, but a farmer in practice. He also served in the War of 1812.

In 1834, Garret fell from a haymow, breaking his back. This injury would eventually lead to his death. On his deathbed he summoned his sons and neighbors around him and most earnestly counseled them to seek religion and lead holy lives. He and his wife were devoted Christians and members of the North Church.

Garret Van Blarcom's will was filed on December 16, 1834, and named his wife Mary and son Samuel as executors. Witnesses listed were Elias L'Hommedieu, Jame B. Case, and George Buckley. He is buried at North Hardyston Cemetery, Hamburg, Sussex, New Jersey. An inscription on his headstone reads "Blessed are the dead which die in the lord." 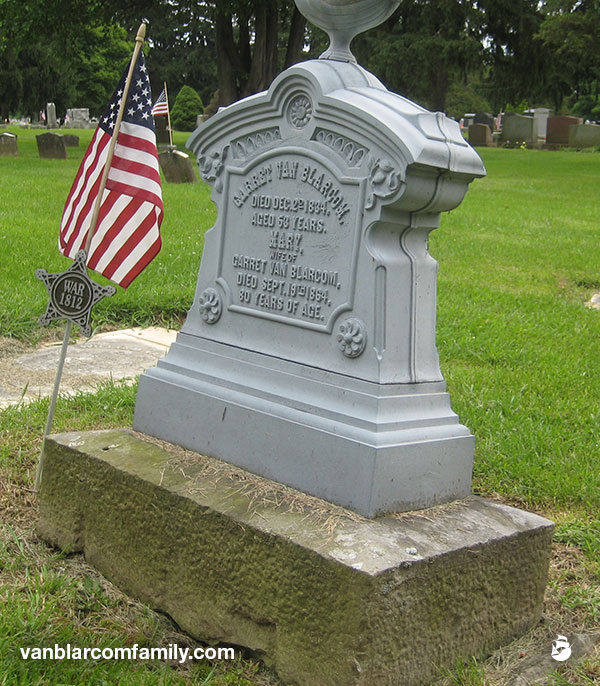