Joshua Ball was born in about 1723 to Caleb and Elizabeth Peck Ball and was probably born in Hanover, Morris, New Jersey.

Joshua was on trial in Sussex County Court for manslaughter in August 1754 and was found not guilty.

Joshua died on February 16, 1773 in Hanover, Morris, New Jersey of consumption. Consumption is what is now known as tuberculosis and was one of the most common killers of young adults in 19th century America. Consumption was characterized by fever, chills, flushing of the cheeks and a veracious cough. 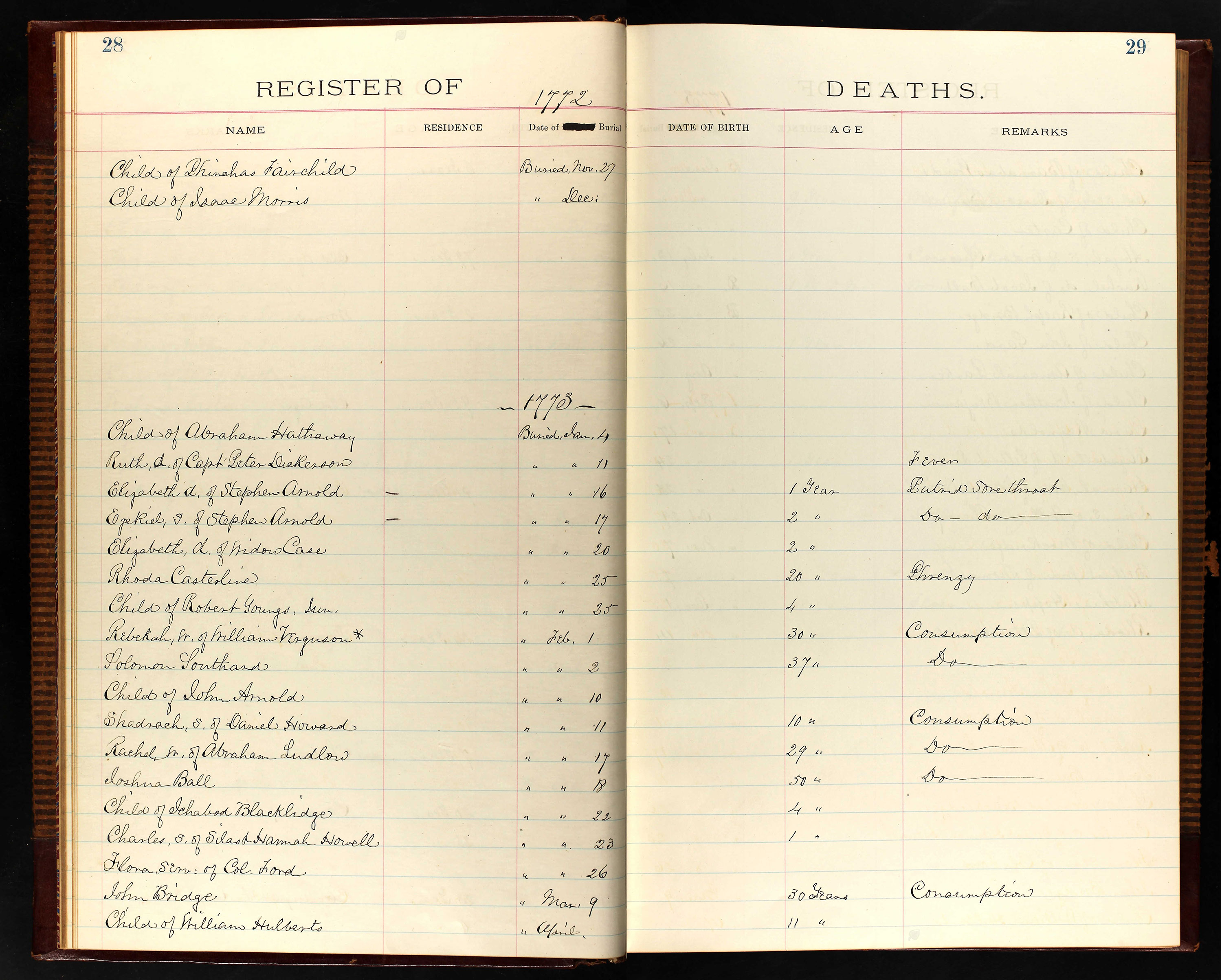